I wonder how many other writers have characters squatting in their heads with no real story to go to? 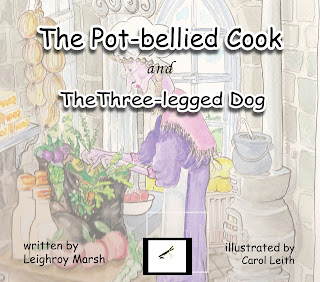 I had an abrupt remainder of how much there is to forget on CS4 if you stop using some of the functions for a while.   I decided to make a start on the layout of The Pot-bellied Cook  (PBC) yesterday, thinking that I could rattle off a front cover in next to no time.  Alas, it wasn't to be - I had a case of  'tab-mnesia'  (where you open up a software program and cant remember where everything is or what everything does.) Almost a day later I came up with a basic layout for the title page. Of course the final cover probably  won't look anything like this but it's a start.
The PBC should be ready for release in the summer but these things are never exact.  The good news is that I have a feeling the first print run will be gobbled up by many of the schools I visited a few years ago, (which should give my flagging confidence a boost no end.)
With all my energies going into my job and publishing, there never seems to be any time any more to write anything.  I have several fragments of stories rattling around in my head, some of which should be expanded and others which need to be evicted quite soon.
I wonder how many other writers have characters and half tales, squatting in their heads with no real story to go to and only a few sentences to call their own?
One such brainsquatter is my elusive first novel 'Sleepwalkers' which is currently being relocated to a half way house.  I have given myself the slightly realistic target of 18 months from start to rewrite and eventual publishing. This is the goal, and not being the natual free flowing writer that I should be by now, I am going to have to invest some quality time and just sit down and plan it out chapter by chapter.
﻿ 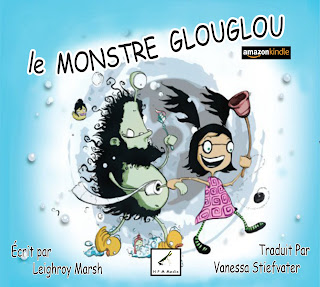 translated by Vanessa Steifvater.
My assault on the global ebook market continued this week with the publication of  The HPM in French - and exclusively for Kindle readers for all devices.
Download it here !!!
﻿
﻿
Posted by Leighroy Marsh at 4/01/2013 No comments: